Going on a journey down the road to Hana is a magical experience that requires a little planning and some good fortune when it comes to the weather. Enough rain to make for beautiful waterfalls and not too much where you donʻt see the sun all day. People love taking time to photograph the stops along the way and you can visit the same place twice and see new colors and views due to the timing and weather. Weather and wind tend to be calmer in the morning and strongest by mid-afternoon.

Some of our favorite overlooks are quiet, unassuming pull-offs on the side of the road. You wonʻt know the amazing view you are missing until you get out and stand in the right area. Many of the best views on the road to Hana are enjoyed from within an elevated-seating tour vehicle. It puts you just high enough up to see over the bushes, guardrails, and parked cars.

Visitors may see wild boars along the road to Hana as they are flushed out of the forests by hunters otherwise they will be rooting with their sharp tusks deep in the gulches.

The longest drivable rainforest in the USA is the Hana Highway. With itʻs historic bridges, incredible variety of weather, beautiful waterfalls, coastal scenes, and wonderful fresh fruit and local food options along the way, itʻs one of the most popular day trips in all of Hawaii.

Traveling through this forest, a visitor encounters a constant spattering of light rain which keeps everything a beautiful misty green. You might see 100 different shades looking across some of the valleys. Even the water has a tinge of green.

Throughout the rainforest, the various plants flower at different times of the year which helps the residents mark the seasons. There still are 4 seasons in the tropics. Guides will stop at various locations to allow guests to sample local berries and fruit. You might be able to try some tasty guava, lilikoi, bananas, and other native and non-native locally-grown fruit.

During a journey on the road to Hana, we will come across local wildlife. Birds were the largest animals in this land for a long time, adapting to the plant life and living conditions they found at various mountain elevations. As humans developed more areas around the coastlines, birds were forced higher and higher up into the mountains. Most native birds live higher up on the mountain, in the 4000 feet and up range now. Mosquitoes arrived on a ship from Central America almost 200 years ago which impacted the native bird population, making them even more susceptible to a deadly, highly transmissible disease that have reduced their numbers down to critically endangered levels. You may catch some glimpses of them in the more remote gulches along the highway or higher up on the mountain where they still make nests, away from their #1 predator, house cats.

All the land animals were brought over by man unless by chance they arrived by wind, water, or waves. Larger animals, like wild boar and chickens were brought by the original Polynesian settlers to help establish new villages across the Pacific. Mice, rats, cats, and mongoose came on the whaling ships and during the plantation days. Intentionally or unintentionally released to help deal with one problem or another. Axis deer were brought in for a gaming reserve in the 1860’s and their numbers exploded from 50 to 50,000 or more today. They are the reason there is a 6ʻ foot high fence surrounding the fragile landscape of Haleakala National Park, the only national park to be completely enclosed by fence. They are a rather small species of deer from India and they are spotted, much like the baby fauns of well known deer in more temperate zones. Their spotted coats and skittish behavior makes them hard to see. This is because their natural predator in India is the tiger!

The Best Views And Overlooks On The Road To Hana 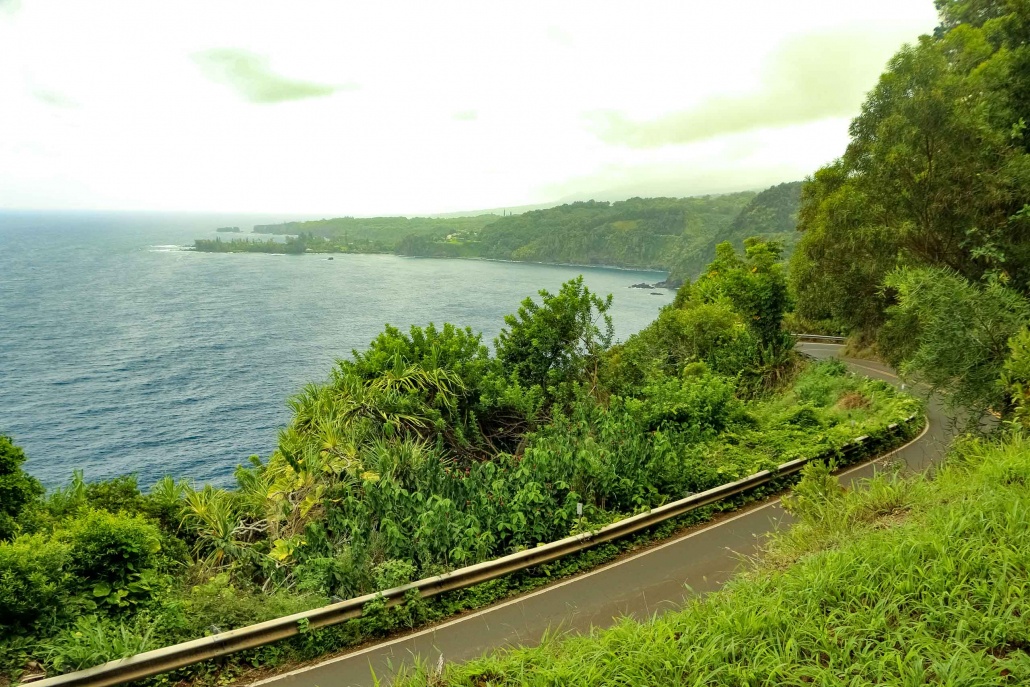 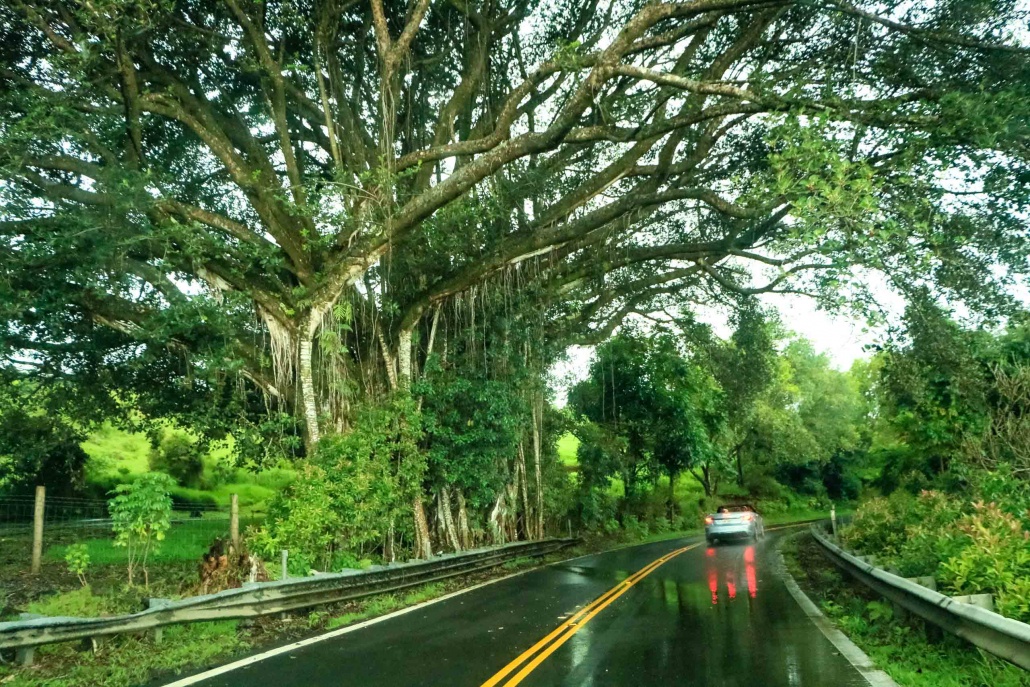 This is a state wayside and provides beautiful views down the coast towards Keanae Peninsula. Your viewing area high up on a cliff, looking out towards similar cliffs on the other side of the bay and down the coastline, make you appreciate a little more where you are. Making these roads must have been daunting. No wonder why people traveled by boat or canoe to avoid these paths. 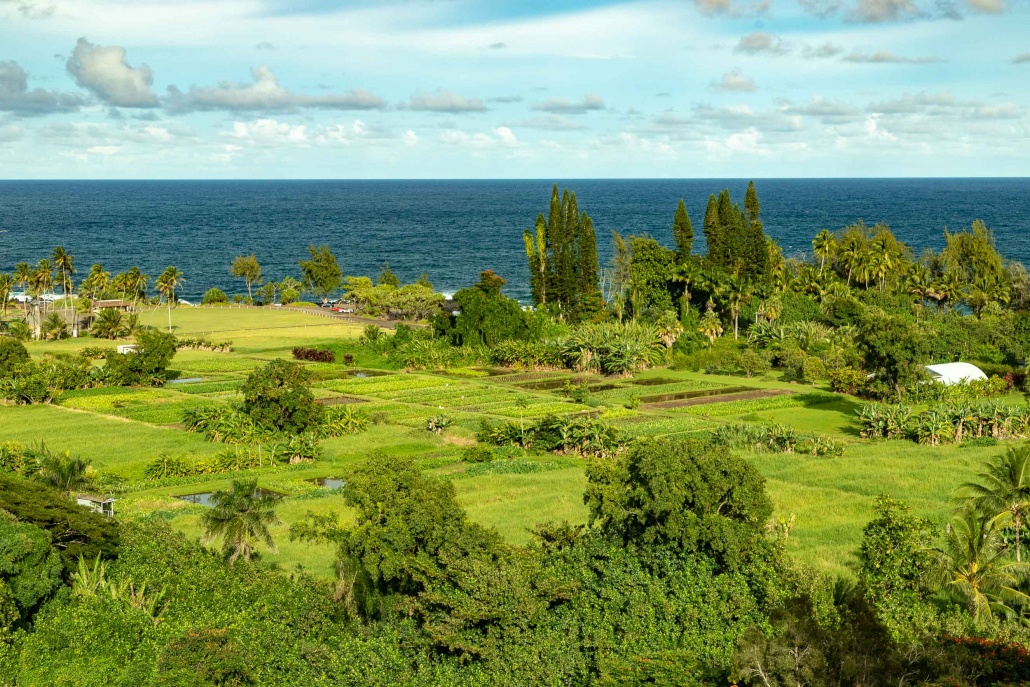 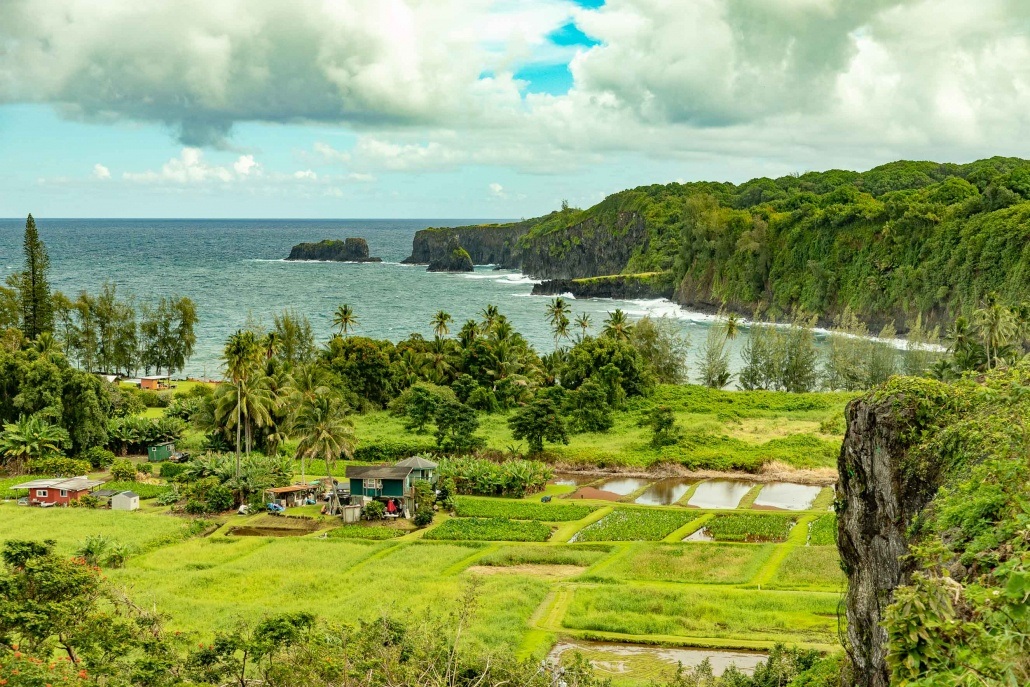 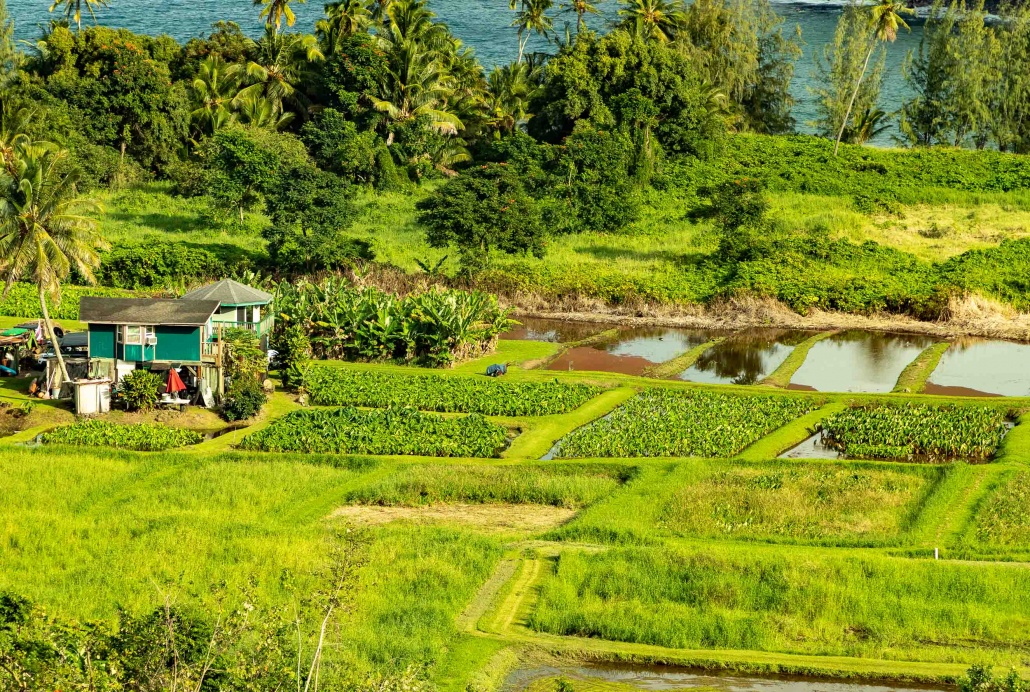 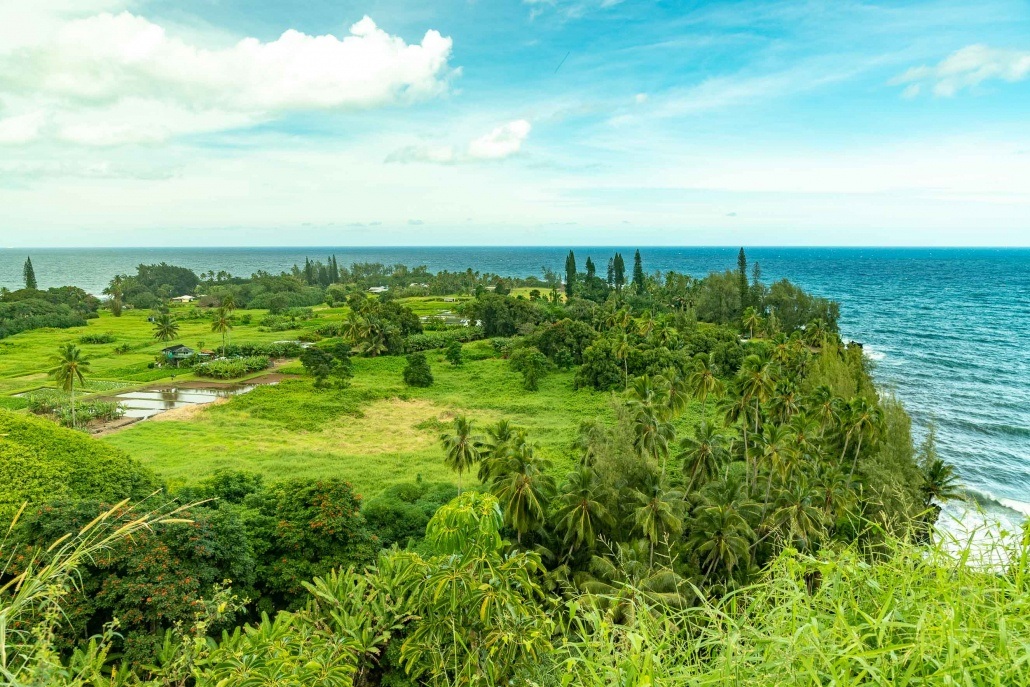 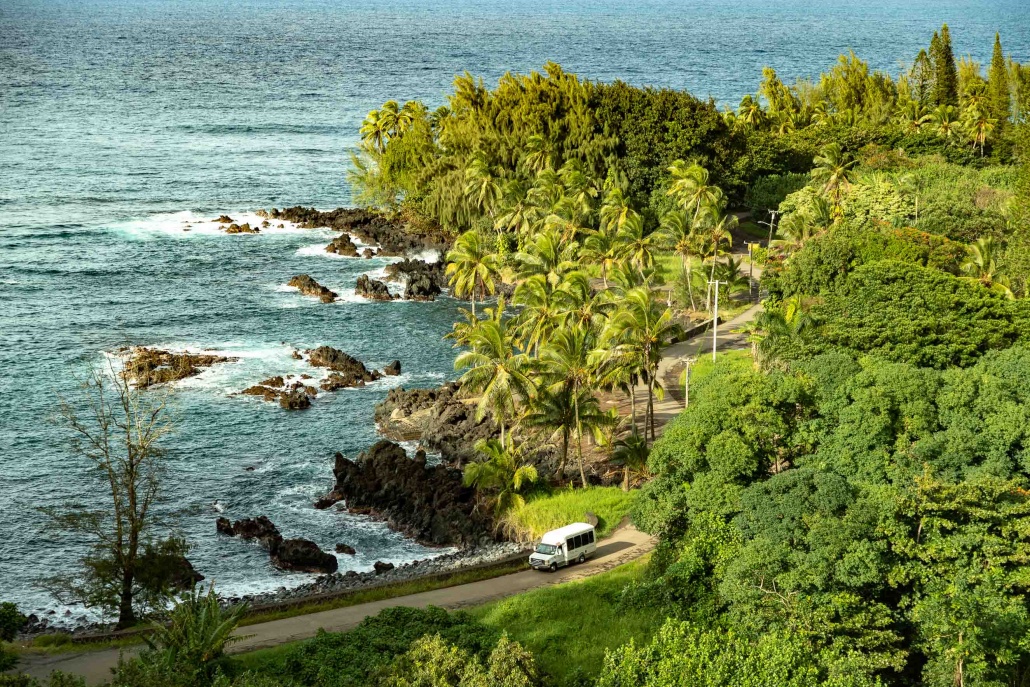 Looking over the peninsula, down onto the loi (taro patches), you will stand witness to a living, thriving culture. Poi, made from the taro grown here is some of the best in all the islands. Itʻs served at some of the highest of high-end restaurants and luaus as well as to local culinary connoisseurs and people who just love good poi. 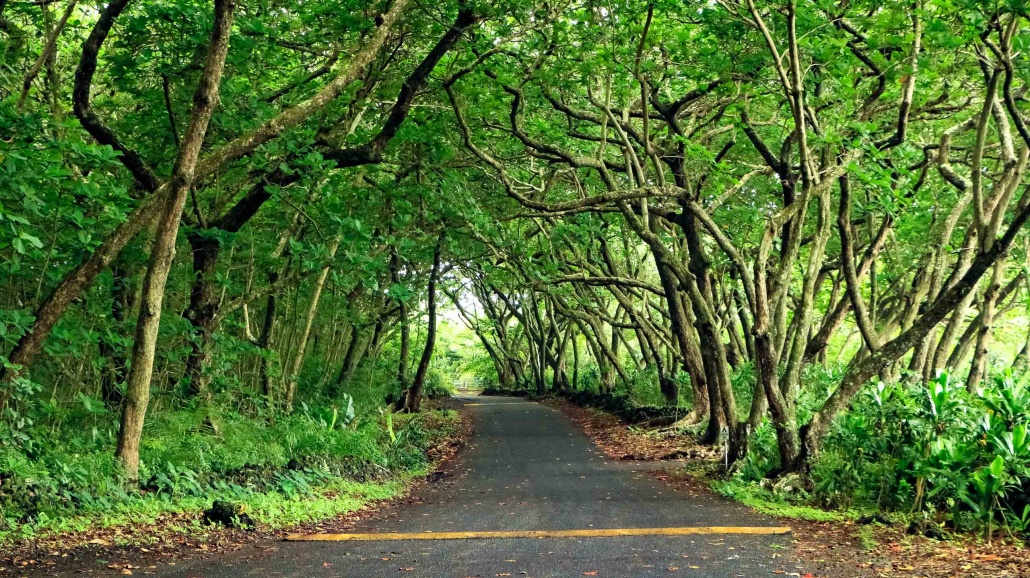 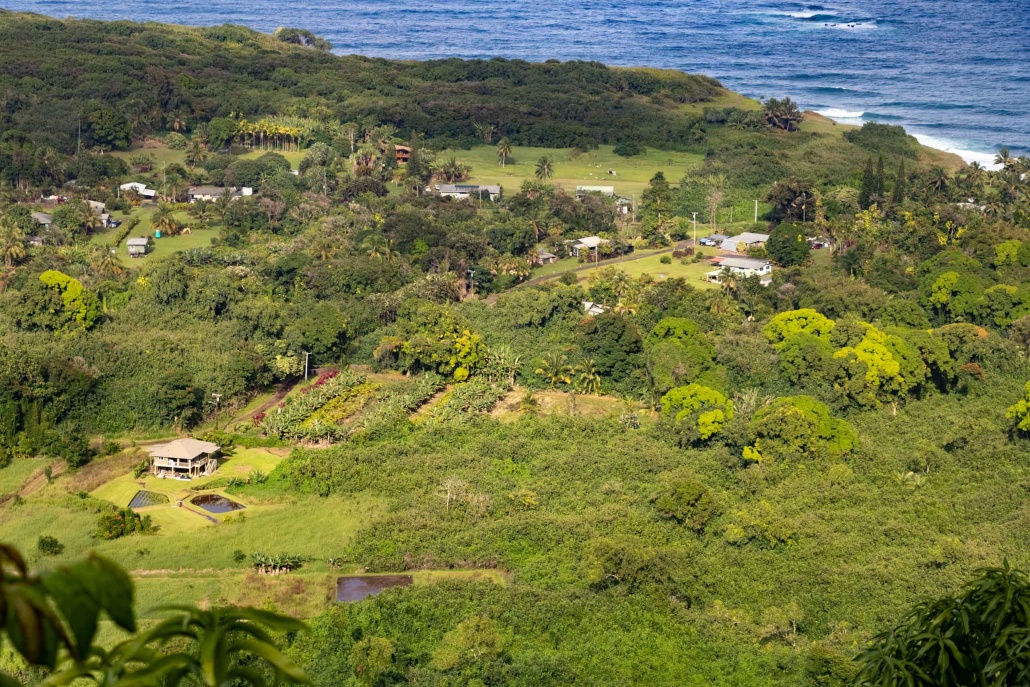 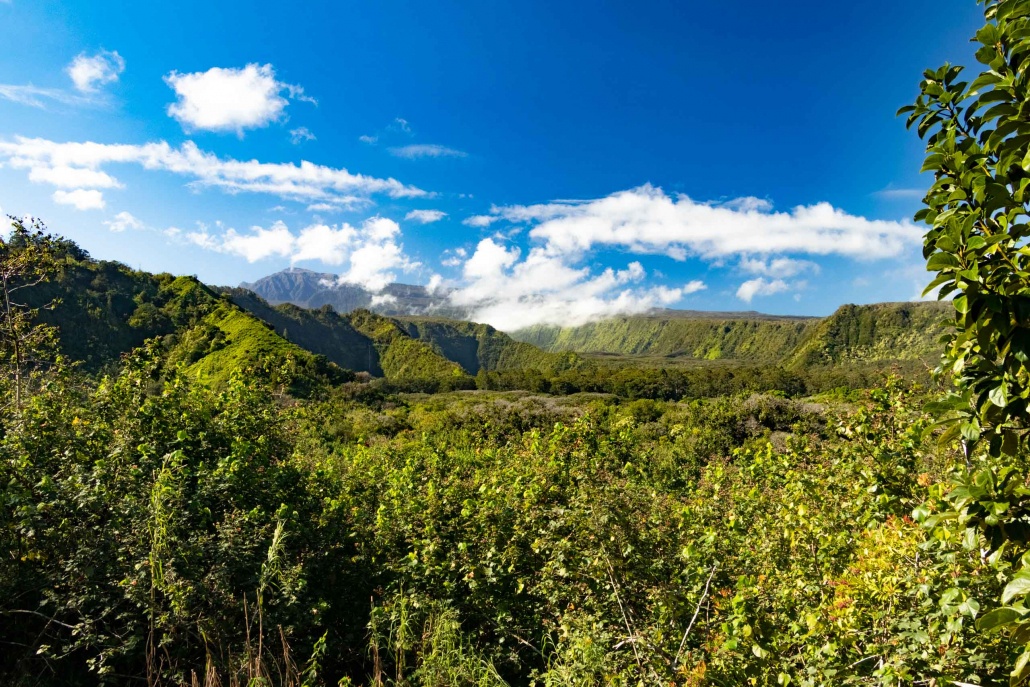 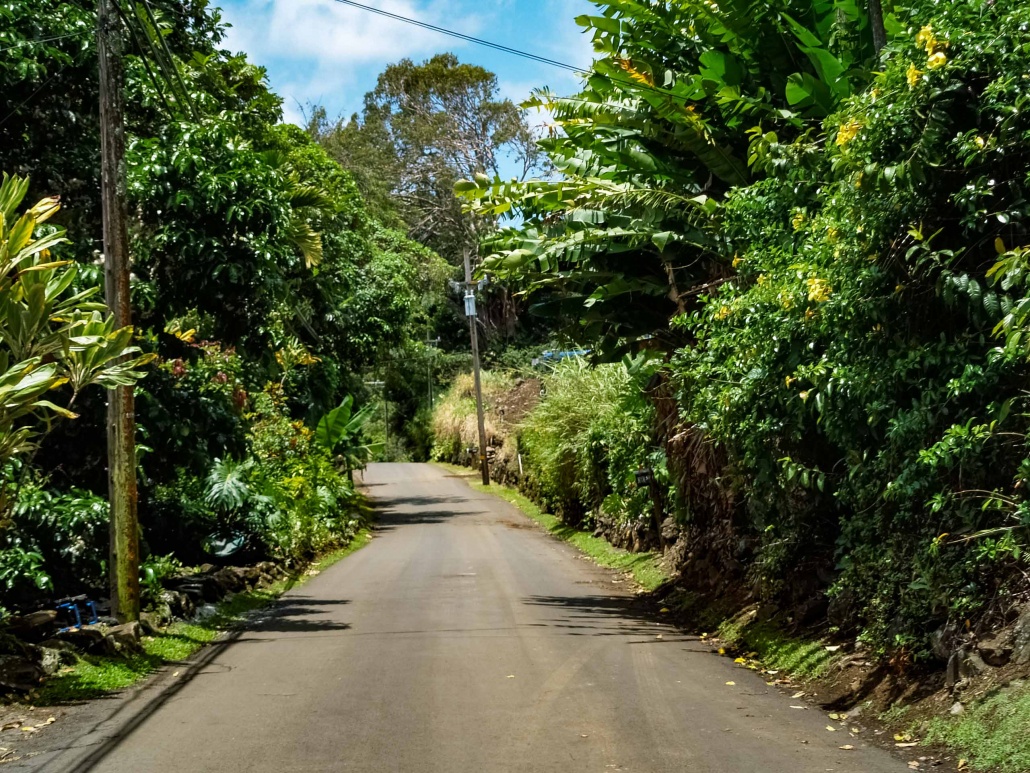 A scene that hasnʻt really changed in hundreds of years. A small village is nestled into this oceanside valley. Not much has changed, except the type of crops being grown in the fields. Rice used to be the dominant crop, now itʻs mostly fallow with some loi or other tropical fruit here and there. The town residents enjoy a peaceful life, just off the highway as well as a beautiful 200ʻ foot waterfall backdrop too (you canʻt see it from the road).

On the other side on the road, you can look up into Wailua Valley towards the summit of Haleakala. A beautiful, untouched forest view. 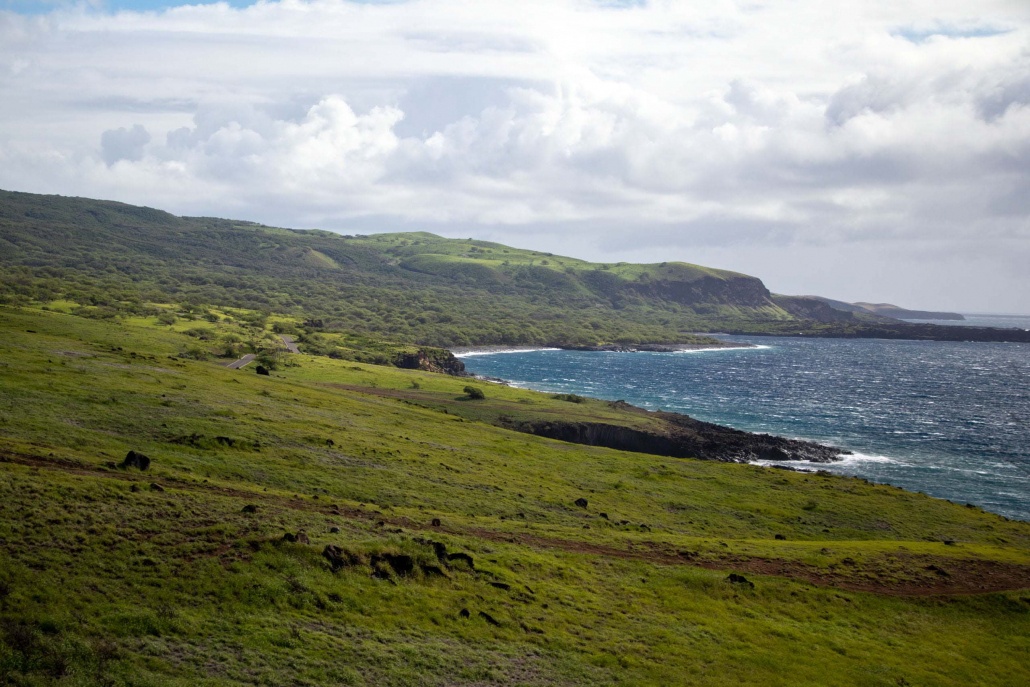 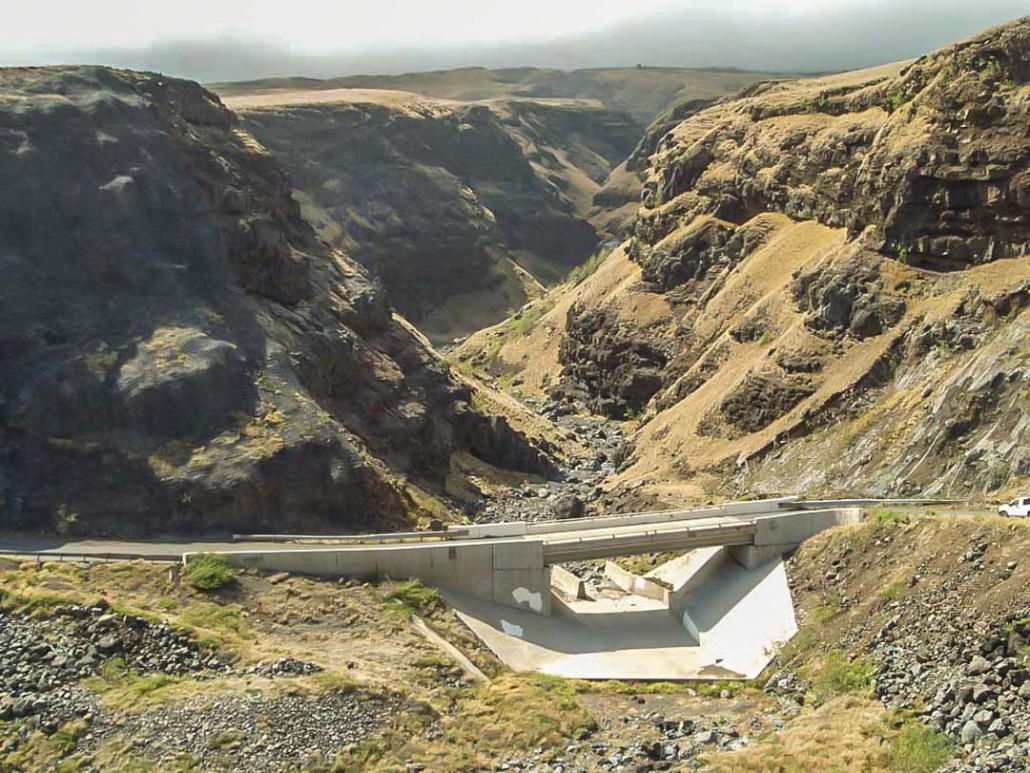 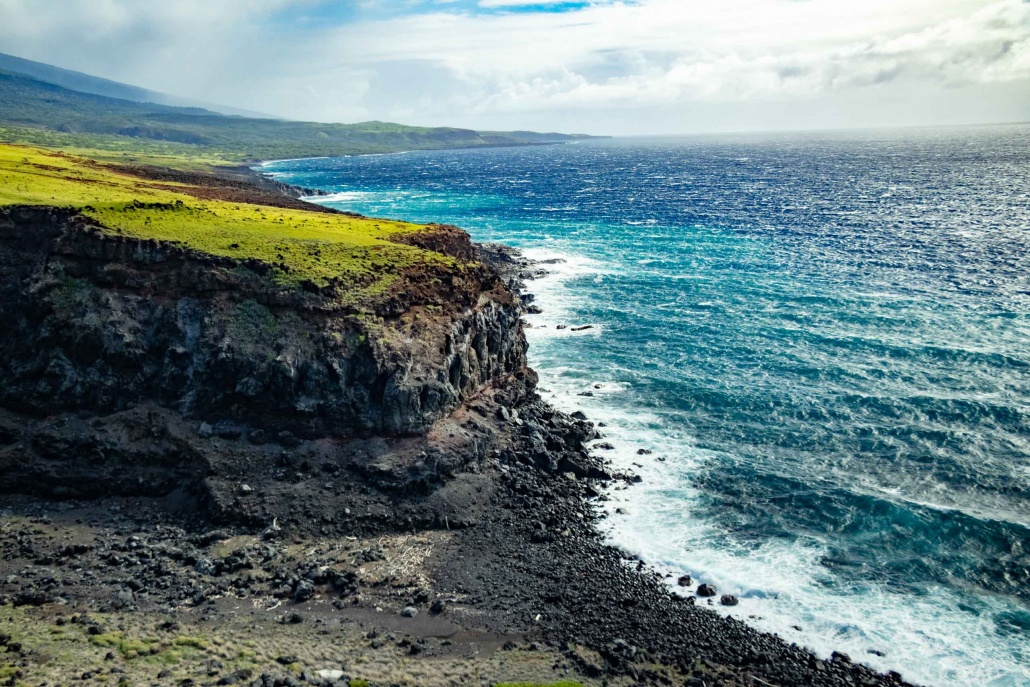 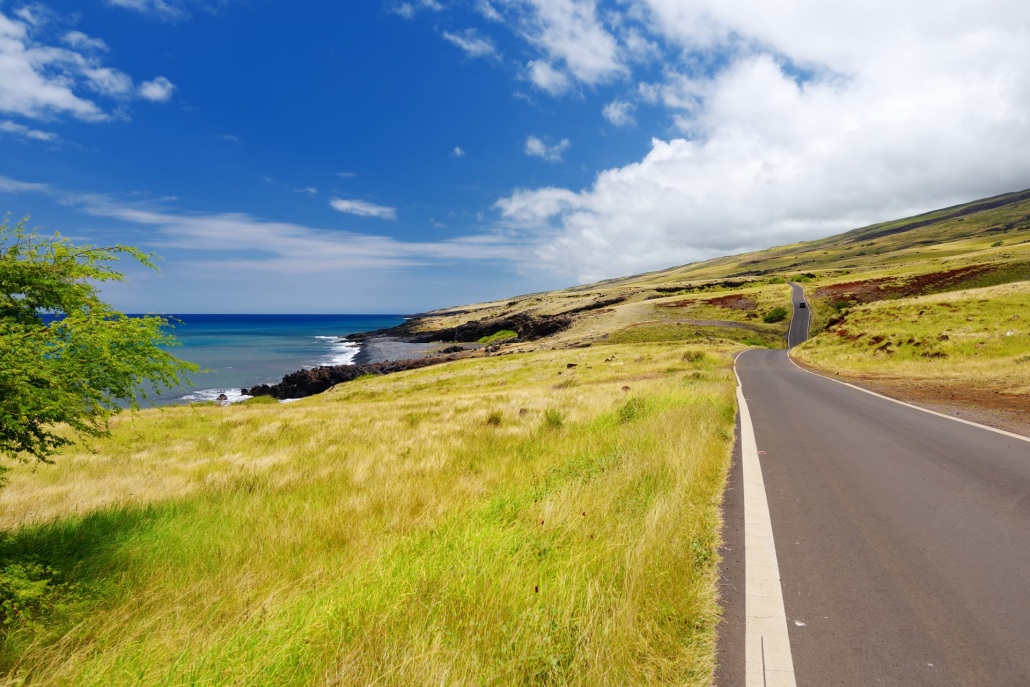 Mauiʻs “grand canyon” is the largest gulch that the road passes through on the backside of the island. The forces of water rushing down this steep section of the mountain created a deep gash in the landscape. We take a moment to get out and appreciate the size as well as to feel the wind, rushing across the landscape. Hold onto your hats!

Things to see in the rainforest

Going on a road to Hana tour means you are going out to explore the rainforest and see the amazing North Shore coastline from beautiful beaches with big waves to huge cliffs and spectacular waterfalls. Check out the options for a guided tour below.

Go deeper into the rainforest on a hiking tour. See the bamboo forest in Kipahulu, explore some pools on a hidden falls hike, or take a short hike to multiple popular waterfalls on a half-day excursion. Itʻs up to you!

Get Answers To Your Questions

Your Road To Hana Experts

Having a perfect day in Hana means traveling with an expert guide. We know the Hana Highway well, so feel free to ask us any questions about this wondrous, winding road.

When all you have is just one day to experience some of the most beautiful tropical rainforests in all of the USA, then here are the stops we highly recommend seeing so you don’t miss a thing!

The best tour on the road is the one that fits you perfectly. We match you up to the experience that is right for what you want out of your vacation. Hike, walk, ride or fly, we have all the best Hana tours.

A great Hawaiian vacation is as important to us as it is to you! We are here to make your trip better. Hassle-free cancellations and full concierge service are included with every tour.